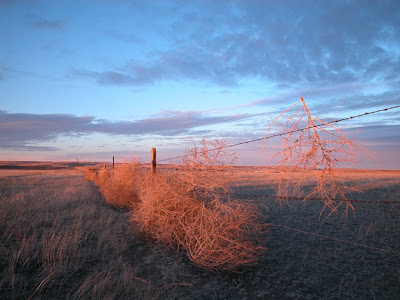 When my best friend Starr Ann (hi, Starr Ann) was very little, we were watching a Western movie one afternoon and she asked, "How do the tumbleweeds know when it's time to come to a ghost town?"

It would've been a shame to offer a linear, logical answer to a question of that caliber, so I said, "Because tumbleweeds are the smartest plants on Earth. In fact, a tumbleweed's intelligence is matched only by its athleticism."

Well, Starr Ann's eyes went all wide and she got that one look on her face (yes, the little thing came pre-packaged with that look!) and then she nodded her head once, real satisfied.

Actually, that was the conversation that got us started on structuring our outlook on a lot of things. Like religion. The very next day, we decided not to believe in any religious characters who wore robes. No, anybody who wanted to be part of our spiritual beliefs had to show up dressed for action. So, the Robes Rule basically wiped out all those scroungy Old Testament figures, which was cool with us. Most of the New Testament people had to go, too, which was very freeing.

Not Mary. Starr Ann and I always liked The Blessed Virgin Mary, who was a lesbian. We could imagine everything about her, even how nice she smelled. And Joseph. Joseph, we realized, was a gay man. They had a marriage of convenience. And Jesus was real. We liked Jesus a whole lot and never once believed he had anything to do with all the damage Christians caused.

The pope wasn't real. In our minds, the pope was just a variation of the man behind the curtain pulling the levers in the Wizard of Oz. Toto was real, though.

The whole Santa Claus thing was implausible to Starr Ann and me. From the elves, to Mrs. Claus, to the logistical nightmare of delivering billions of presents in one night, to all those phony aliases like Kris Kringle, and Father Christmas. Santaism was totally made up. But the reindeer were real. Rudoph was real.

How did I get blown off course with religion? I wanted to talk about tumbleweeds.

Anyway, about a week after Starr Ann and I had that initial tumbleweed talk, she asked, "Margo, what do tumbleweeds eat?"

She thought for about half a second and said, "They eat the dirt flying around ghost towns."

I was real proud of her at that moment, and said, "Of course! That's surely it."

Well, over the years Starr Ann and I have built up quite a body of Tumbleweed Lore. Most of it came from Starr Ann. Like the fact that tumbleweeds don't poop. Also, tumbleweeds are real fearless. They don't think anything of tumbling off cliffs, or rolling right through a stampeding herd, or jumping into a river and getting carried off on its current for a few miles. Helicopters are the tumbleweed's only natural enemy. Tumbleweeds really hate helicopters. And when tumbleweeds die, their souls go to beautiful wind farms in the Netherlands.

Plus, all tumbleweeds are female. That's why, even though they indulge in a sexual act they call a blow job, the tumbleweed meaning of that phrase bears no resemblance to the human version.

Anyway, what got me thinking about tumbleweeds is the fact that it must seem like Happy Hands Ranch has become a ghost ranch, we've not posted in so long. Thanks, by the way, for the inquiries about our absence.

Well, it's not tumbleweed time around here, it's just that reality-based activities intervene sometimes. Heh.

But Starr Ann and I are not only alive and well, we're enjoying Spring and the animals and each other. I think there'll be more regular posts in the weeks to come, but you can never really predict something like that.

One morning last week, we visited the barns at Churchill Downs, trying to get a shedrow photo good enough to use for posting chapters of my other novel. None of the pictures turned out to be just right, so we're going back this weekend and try the afternoon lighting. Wish us luck, because I'm going to start posting a chapter of Grand Theft Equine every Sunday morning, starting in two weeks. It's a book chock full of lesbians, racehorses, and racetrack life. If you tune in, you should feel right at home right away, since the first chapter features a cute girl, with a splendid butt, wearing chaps. Just sayin'.

I'm not starting the book this Sunday because it's Easter. Starr Ann and I hope everybody has a lovely Easter Sunday!
(the Easter Bunny is real) 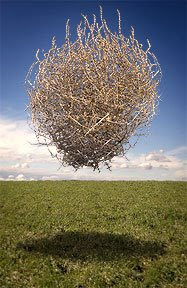