Praise the Lord and Pass the Ammo 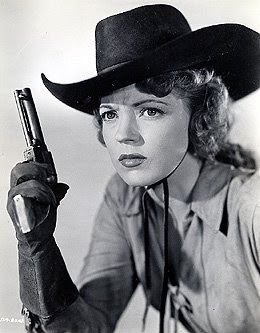 We were kinda hyped Saturday afternoon as time drew near for that "Open Carry" church meeting out on Valley Station Road. If you'll remember, Starr Ann had eased Jodie and me into the idea of attending and taking our own guns - toy six-shooters and holster for Jodie, plastic AK-47 for Starr Ann, and a hot pink water gun for me.

The only thing that wasn't settled yet when it was almost time to leave was what I was gonna fill that water gun with. Holy water had been mentioned, but it wasn't really a Catholic service. It was getting late, and we didn't want to miss anything, so I was just about to settle on plain water when the idea hit me. Astroglide - the personal lubricant and moisturizer guaranteed to broker a smooth agreement over any friction that may arise between you and your favorite silicon accessory. It took us mere seconds to load up and head for church.

First thing we noticed there at New Bethel Church was a line of people waiting to have their firearms checked for ammunition. The flyer had specifically said no ammo.

For some reason, nobody really acted like they wanted to talk to us. Starr Ann tried to find some common ground by sighing real loud and saying, "I can't believe Michael Jackson's dead!"

That made everybody around us stop for a second, but then they started back up talking only to each other again pretty quick.

When we got close to the front of the line, we could see the church volunteers up there inspecting guns. They were serious as heart attacks as they carefully took each person's pride and joy and handled it like it was the perfect instrument for spreading God's dear love around.

All of a sudden it was our turn!

The man looked up at us and said real loud, "You gotta be shittin' me."

Everything got so quiet, it started feeling like church used to feel when we were little and the nuns forced us to go. Then a guy that turned out to be the pastor, Pastor Pagano (yes, take off the 'o' and you're left with Pagan - truth is stranger than fiction). So, Pastor Pagano rushes up to us all smiles and asks what's going on here.

Jodie said, "We're attending your Open Carry service, just like everyone else." She patted her toy holster. "And we brought our guns."

Pastor Pagano got a little flushed and you could tell he wasn't coming up with any ideas that might get us the hell out of there without him admitting his fondness for the Second Amendment outweighed that for the First Amendment.

Then this woman wearing a T-shirt with a Knob Creek Gun Range logo on it walked up. She kinda brushed the man of the cloth aside and gave all three of us a good lookin' at. She honed in on me and got this wide smile on her face. "Sorry, ma'am. Can't allow you into the service with ammunition in your...gun. Rules."

Dang. No way was I willing to waste that amount of Astroglide. No way.

I said, "But it's only a watery fluid. You're serving refreshments in there, aren't you? People will be drinking water and soft drinks and coffee, won't they?"

"Yes, ma'am. But in the case of that weapon, it's considered ammunition, and the rules say no ammunition."

Well, we're not the kind of cowgirls to stick around too long after being asked to leave. At least not once they get us on a technicality. Anyway, we'd made our point, so we mounted up and were ready to head back home, when this teenage girl came over and asked to pet the horses. We told her that'd be fine, and while she was out of her family's earshot, she told us about this alternative service they were holding over at Thomas Jefferson Unitarian Church.

Starr Ann asked her what kind of alternative service?

The girl had all the details. Her eyes got all light, and she said, "It's being put on by Interfaith Paths to Peace and about a dozen other spiritual and peace groups. They're calling it Bring Your Peaceful Heart...Leave Your Gun at Home, and they're having it the exact same time as this service. It's open to the public, and they're having games, poetry, art, music, and readings about peace from the world's great religions."

Jodie looked over her shoulder at the gun crowd all absorbed with their weaponry again. When she turned back, she said, "What's your name, sweetheart?"

Not taking her eyes off Oatmeal, who was enjoying having his muzzle rubbed, she said, "Karen."

Jodie said, "You'd rather be at the Peace Service, wouldn't you, Karen?"

"Yes, ma'am, I guess so. I better go on, now. Thanks for letting me pet your horses."

Instead of going home, we decided to head on over to Thomas Jefferson Unitarian and check it out. 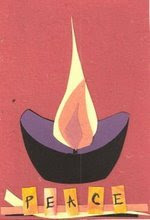